The Joshi wrestling scene (Japanese Women’s Wrestling) is a deep scene full of insanely talented performers and every month there are dozens of fantastic matches from promotions from Stardom to Pure-J and everywhere in between.

A good tag match featuring two fun teams. Kirihara and Konno have similar styles and worked well together. Sakura and Suruga were their usual chaotic selves and brought a sense of fun to the match as well as some sick tag team moves.

Stardom returned with a main event that reminded us all of what we’ve been missing. In particular, Tam Nakano and Giulia carried the match in terms of story, and their segment of the match where they traded strikes was fantastic in building to an eventual singles match. Saya Iida and the debuting Himeka also had some good exchanges as did Starlight Kid and Syuri who looked good in there together.

A heated fight between Yunamon and Sakura after weeks of build up. They mixed the usual Gatoh style with some brawling and both went deep into their arsenals to try and get the win. Had they shaved off a few minutes this could’ve been higher but it fell into the same traps as many last man standing matches which took it down a small bit

Tsukushi and Umesaki built to their Diana match by throwing shots that would make anyone wince. The final stretch of this one had some really great wrestling and the finishing sequence was really cool. Four of the top youngsters in Joshi clashed in this one

Any time Leon and Hanako Nakamori are on opposite sides of the ring you know you’re in for a good time. All four women brought it for a hard-hitting tag team match that delivered exactly what we’ve come to expect from Pure-J

The dropkickers implode and Broom returns to haunt Tsukasa Fujimoto. This was a high paced sprint of a tag team match with Fujimoto and Tsukishi demonstrating a knowledge for the others game. Broom and dust pan had their moments too and in the end, Tsukushi and Broom came away with the win 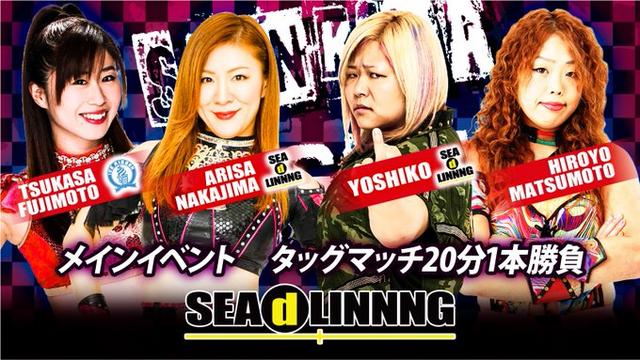 A fantastic match that built to the upcoming Yoshiko vs Arisa Nakajima Beyond The Sea Championship match.  All four women delivered a high paced and hard-hitting match that one could expect given the competitors involved.  The added story between Yoshiko and Nakajima helped too as their sequences meant that much more.  The app SEAdLINNNG used to stream this show was the only real let down as the screen layout was so poor it hurt this writer’s eyes just watching the match.  Seeing SEAd live was still a treat though and this match was great

Lulu Pencil once again reminding us of why she is one of the most beloved members of the Gatoh Move roster as this match was all about her trying to defeat the outsider Kaori Yoneyama who has blazed a trail through the Gatoh Move roster. Pencil is so easy to root for and she’s always evolving which makes her matches some of the most interesting in all of wrestling, Joshi or otherwise. 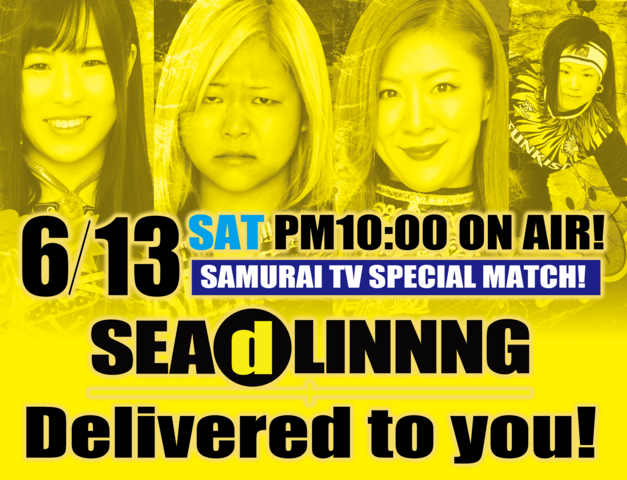 From the start with crisp grappling to the two just smacking each other and on to throwing suplexes and big moves for the win this was one of the best matches of the empty arena era. Two women that can take a hit and hit back harder went at it in a very close contest that reminded us just how talented young ASUKA is as she hung in there with one of the best veterans on the scene.  Arisa Nakajima has been having a stellar year so far and has to be in the conversation for WOTY, not just Joshi WOTY but overall!

Stay tuned to the Last Word on Pro Wrestling for more on this and other stories from around the world of wrestling, as they develop. You can always count on LWOPW to be on top of the major news in the wrestling world, as well as to provide you with analysis, previews, videos, interviews, and editorials on the wrestling world.  And check out last month’s edition for more fantastic Joshi matches