The New Japan Cup 2020 finals are set. 2019 New Japan Cup winner Kazuchika Okada faces Los Ingobernables De Japon (LIJ) faction member, EVIL. This will be the fifth singles match between the two with Okada leading the series, 3-1. The finals will be a momentous night for not only viewers of NJPW World but paying visitors at Osaka Jo Hall. This will be the first event with fans since February 26, 2020. With lowering virus cases in Japan, the government is easing restrictions to sporting events, including pro wrestling.

As reported by Sports Illustrated, NJPW has not ruled out hosting G1 Climax later this year so this may not be the only tournament this year for NJPW. With fans returning, the show will be a momentous return to normalcy. Even with a reduced capacity allowed, Osaka Jo Hall is a staple in pro wrestling and a welcome sight to wrestling fans worldwide. 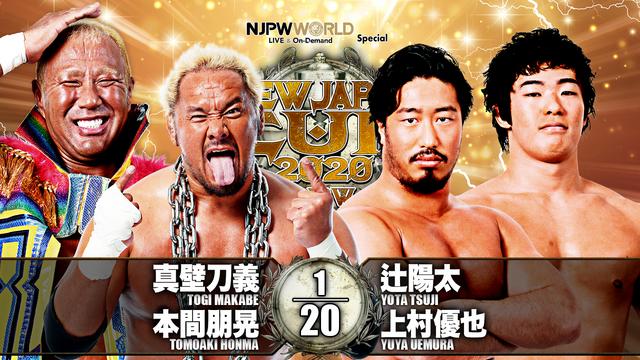 In an opening tag match, Young Lions Yota Tsuji and Yuya Uemura will combine to take on storied veterans in Honma and Makabe. Great Bash Heel are 2-time IWGP tag team champions and look to gain some momentum against two promising Young Lions to open the night’s action. 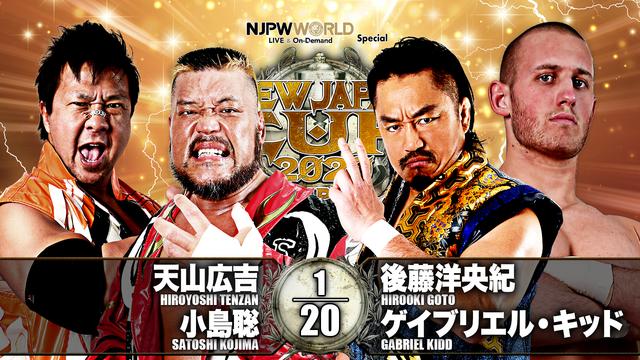 LA Dojo is represented in the next tag match as Gabriel Kidd pairs with Hirooki Goto to battle Satoshi Kojima and Hiroyoshi Tenzan. This likely would have been a great place for Karl Fredericks to break out but due to travel restrictions, New Japan’s roster is limited to who is still in Japan. Expect a hard-hitting battle to warm up the crowd. 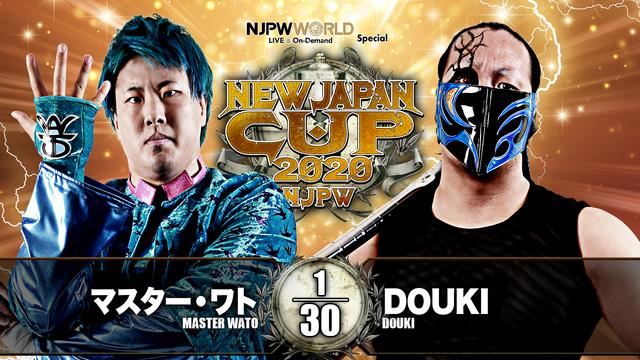 As previously covered here on Last Word on Pro Wrestling, Master Wato (the former Hirai Kawato) makes his in-ring debut. He will challenge DOUKI in a one on one encounter. Master Wato has returned from his execution to CMLL with a new persona. His time away from the mainland has given him a new focus on the NJPW junior division and he looks to show what he’s learned by battling DOUKI. DOUKI abruptly attacked Wato during his debut to show that the spotlight is never truly your own. Master Wato will be more cautious as the very talented junior division of New Japan Pro Wrestling eyes the young star. 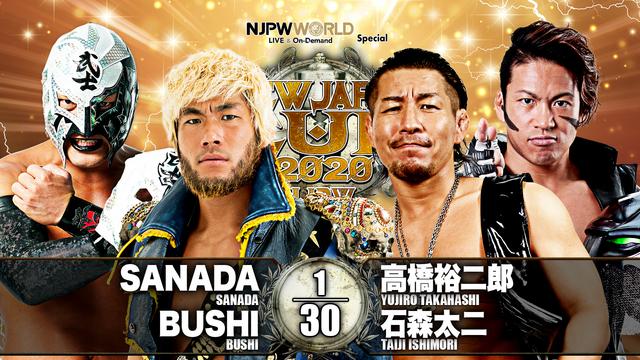 Los Ingobernables stable mates SANADA and Bushi team up to battle Bullet Club’s Yujiro Takahashi and Taiji Ishimori. SANADA is reeling from a loss to his tag partner and now must regain momentum in NJPW with a strong showing. Taiji Ishimori’s junior division hopes are even more cluttered with the likes of Master Wato returning so Taiji will need to have a big performance to remain in the junior title contention. 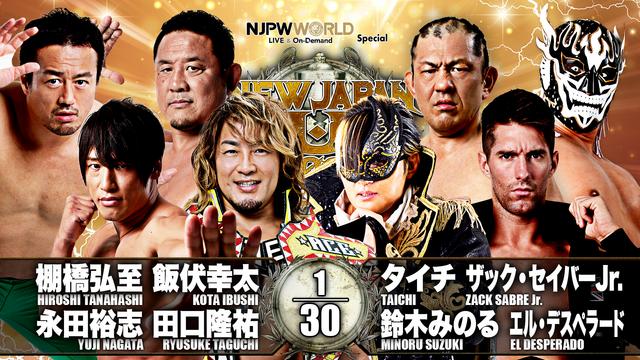 A massive eight-man tag between Hiroshi Tanahashi, Kota Ibushi, Yuji Nagata, and Ryusuke Taguchi vs Suzukigun’s Minoru Suzuki, El Desperado, Taichi and Zack Sabre Jr. is sure to get the audience riled up. The heated nature of competition between ZSJ and Taichi with Tanahashi and Ibushi has led to an intense rivalry that is about to boil over, with the two teams set to clash the next day on Dominion. Add the likes of Nagata, Taguchi, and others, this eight-man tag will be chaotic and full of surprises. 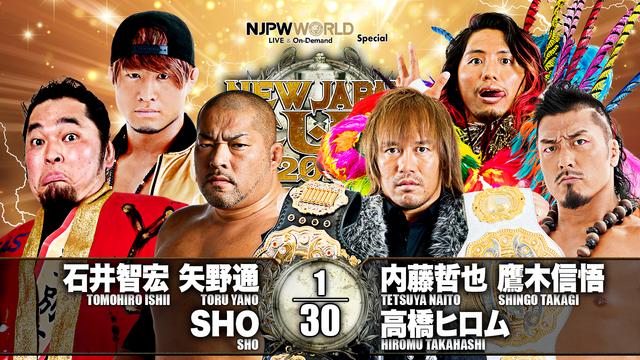 Arguably, one of the most impressive performances of this year’s New Japan Cup has been SHO. SHO scored some major wins in his bid to become the next Ace of NJPW. He tags with Toru Yano and Tomohiro Ishii in a 6 man battle with Los Ingobernables team of IWGP Heavyweight and Intercontinental champion Tetsuya Naito, Shingo and IWGP Junior Heavyweight Champion, Hiromu Takahashi. In a preview of the Dominion NEVER title match, Shingo will have his eyes lasered into the uprising SHO. It has been a long time for fans to wait to see their IWGP double champion, Tetsuya Naito. With KENTA stranded in the USA, due to travel restrictions; will Naito shrug off the pressure and find a victory? 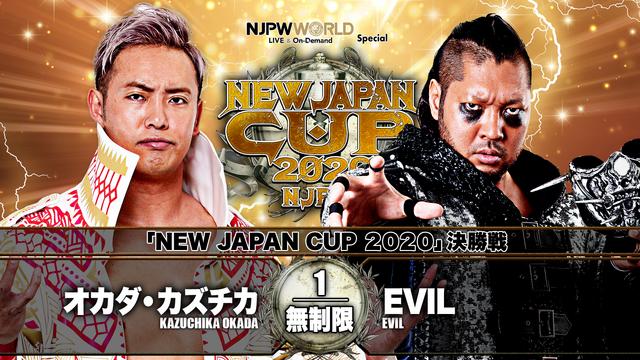 In the finals, EVIL battles Kazuchika Okada in what will surely be a special occasion. EVIL has a key victory over Okada from 2019 during the G1 Climax so Okada will know that this will not be an easy ride to a potential Wrestle Kingdom rematch versus Tetsuya Naito. EVIL knows what it takes to defeat the Rainmaker and he’ll be eyeing up a challenge to his LIJ stablemate in Naito in front of a rocking Osaka Jo Hall. Any means necessary is the approach EVIL has going into this finals match and Okada must be prepared to make this a hardcore match if need be.

Osaka Jo Hall will surely be an emotional place for this return to NJPW action but only one wrestler will leave with the New Japan Cup. They won’t be able to bask in the glow too long as in just 24 hours, they return for Dominion. The winner of this year’s New Japan Cup will encounter Tetsuya Naito for all the gold. It’s been a wild 2020 but New Japan has scheduled further dates for 2020 which is a massive relief to fans worldwide. Which wrestlers will begin the second half of 2020 with a head of steam?

Stay tuned to the Last Word on Pro Wrestling for more on this and other stories from around the world of wrestling, as they develop. You can always count on LWOPW to be on top of the major news in the wrestling world, as well as to provide you with analysis, previews, videos, interviews, and editorials on the wrestling world. Make sure to watch NJPW on NJPW World.