At Backlash Sheamus defeated Jeff Hardy in a hard fought battle.  Now Sheamus holds a toast to Jeff Hardy and will likely rub his victory in the face of Hardy.  These two seem far from done so expect Hardy to crash the party if Sheamus runs his mouth too much 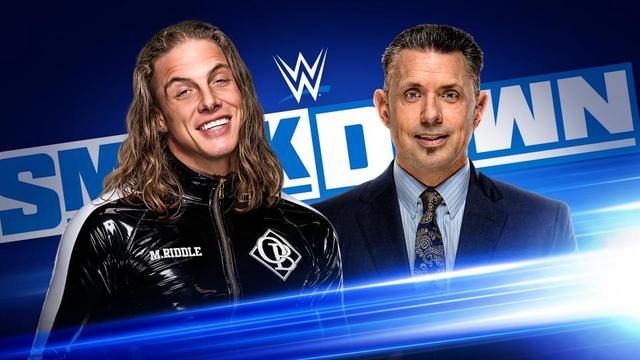 Matt Riddle made an impactful SmackDown debut when he defeated AJ Styles in non-title action.  It was a pretty big win for the newcomer.  Now we get some follow up as Michael Cole will interview “The Bro” with the intention of figuring out what is next for Riddle.

AJ Styles defeated Daniel Bryan in the finals of a tournament to become the new Intercontinental champion.  On this edition of Friday Night SmackDown he makes defence number one against Bryan’s coach Drew Gulak.  This is an important defense for Styles as he needs to prove that he can elevate the IC title and return to his top spot in “the house that AJ Styles built”.  Styles is also coming off a loss to Matt Riddle who won’t be too far and could set his sights on the IC title following his debut win.

Not Announced But Expected

– What is a swamp match?

– Some build for Bayley and Nikki Cross

Stay tuned to the Last Word on Pro Wrestling for more on this and other stories from around the world of wrestling, as they develop. You can always count on LWOPW to be on top of the major news in the wrestling world, as well as to provide you with analysis, previews, videos, interviews, and editorials on the wrestling world. WWE fan? You can check out an almost unlimited array of WWE content including previous episodes of Friday Night Smackdown on the WWE Network

Before They Were Famous: Gran Metalik