CMLL is not only the longest wrestling promotion in the world, it is also one of the most important seedlings of luchadores in México. For every luchador in the country, CMLL is the place to be. Not only because of its renowned credentials, but its training style. CMLL scrubs and polishes every luchador that come to their rows and show them off in big performances on their weekly shows. Also, it´s very well known that several luchadores have been traveling in different promotions all along the world and are getting contracts in big promotions like WWE.

So, what is going on with CMLL? Maybe you want to get introduced to this awesome promotion, its style; perhaps you want to come to México City and want to show up on Arena Coliseo or Arena México (Arena Coliseo in Guadalajara and Arena Puebla in Puebla City also present CMLL shows). Then you need to know which luchadores are the hottest and most representative (and even the hidden gems of the promotion). For that, this little guide may be useful for you and find a dozen luchadores you don’t want to miss.

12 CMLL Luchadores You Should Be Watching (Part 1) 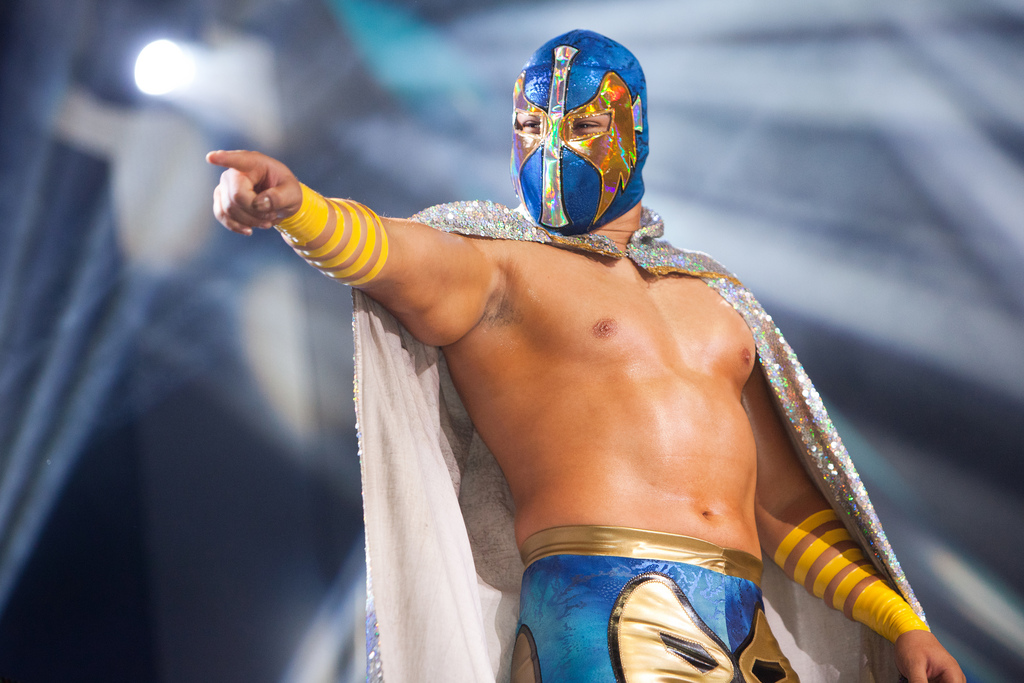 The 24 carat luchador, Ángel de Oro is one of the most impressive individuals right now on the CMLL roster, without a doubt. The deal with Ángel is that among the several luchadores técnicos in the card, he shows big personality and this is the key with him. His fast moves, combined with technical audacity, keep the crowd in a constant “wooah!” rumble when he is all over the mat. He allows himself to be a little cocky and at the same time a good sport, showing strength and boldness against his rivals. Even better, the second generation luchador has only been wrestling three years in tag teams since his debut on CMLL (contrary to many luchadores who can spend up to six years before being singles competitors), and capturing two championships and four tournaments in his singles run. The most recent was the Reyes del Aire Tournament on april. He has travelled around the world, marking some of his best matches against the likes of Jushin Thunder Liger, Naito, PAC (WWE´s Neville) and Prince Devitt (WWE´s Finn Balor). Ángel is 29 years old and one can only imagine how far he can go, because he has made a name by himself on CMLL based on hard work and a natural call for lucha libre.

Volador Jr. is one of the most popular and recognizable luchadores in the fandom. He is very well known in Japan and recently, pretty aclaimed in Ring of Honor alongside with fellow luchador Dragon Lee. Volador is 36 years old but already has a 21 year career in professional lucha libre. He is the son of Volador, who was the poster boy for high flyers in the early 90s. Watching this guy in the ring is like magic: you never know what he can possibly do until he does it. He easily portraits a técnico or a rudo with just one gesture, a great ability that he shares with the great veteran Negro Casas, so is no surprise that a big part of the match relies on his shoulders. Also, Volador has a big arsenal of moves that go from the aerial to the most vicious of attacks. He is one hell of a shooter, although we can enjoy that phase of his rarely nowadays. Also has held several titles and we can say every defense was pure toughness and creativity, being some of his best matches against Máscara Dorada (WWE´s Gran Metalik) and legend Atlantis. He lost his mask against old time best friend and rival La Sombra (WWE´s Andrade Cien Almas) and that went to his benefit since he unleashed all his potential. Volador is dedicated to his craft and nobody can say he gives a bad or lazy match. He is one big star in CMLL and is easily found on any main event since he is continuously billed. 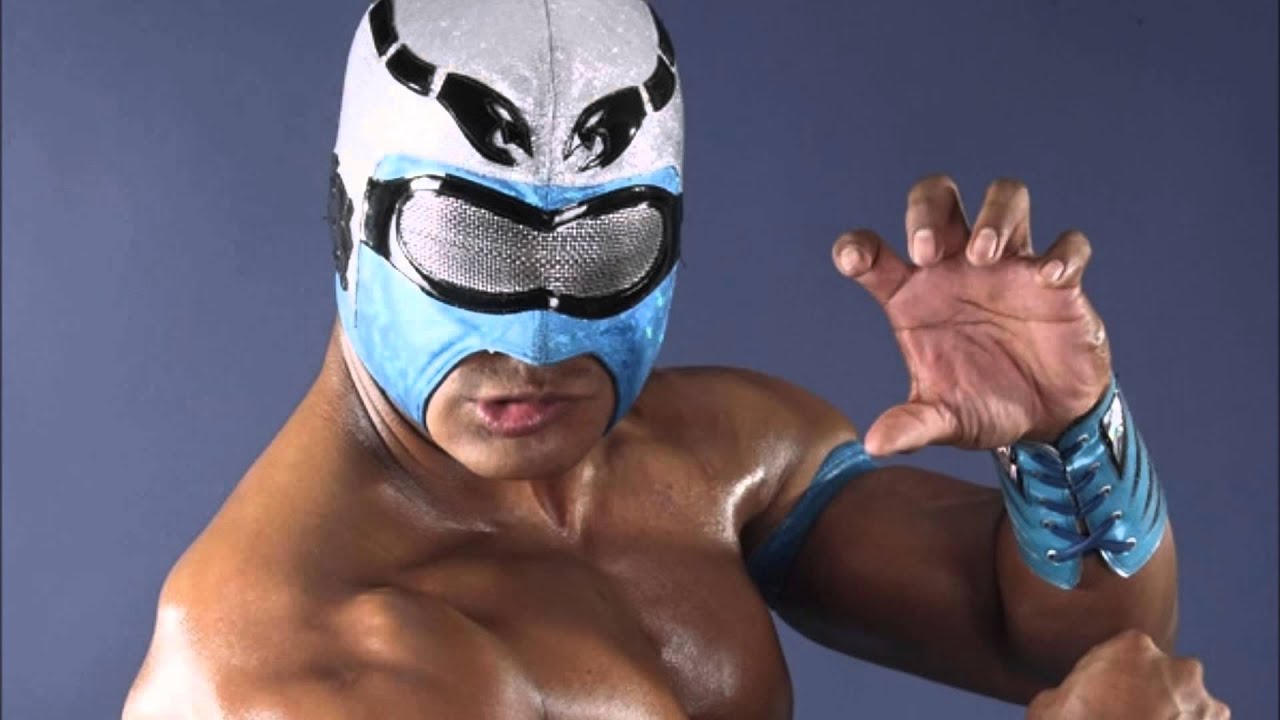 Now the thing with Stuka Jr. (12 year career luchador and youngest brother of the original Stuka) is that he may be misused by the CMLL´s programming department. A very disputed topic is that inside CMLL, several luchadores have seen their best years in the undercard not being rightly used; nor are they programmed on high profile matches where they can work their abilities, no matter if they have the crowd’s approval or the so called “It factor”. Stuka Jr. from a generation of aerial daredevils who made their breakout twelve years ago with the birth of Místico, Sagrado, La Sombra, etc. and he got caught in the mix, with luchadores like Misterioso and Histeria, working just preliminary matches on the programs. Nevertheless, Stuka is a very professional and amazing luchador with fabulous strength, fast moves and decent in ring strategy. He is not just another aerial guy (in fact, his moveset doesn’t depend on aerial moves), but the ones he displays are very particular, like the torpedo (twisting plancha). Stuka is programmed on tag matches, sometimes with the new talents or with former partners like Fuego (known as Flash some years ago) and if we’re lucky enough, he may participate on Relámpago matches which features mano a mano encounters. This stocky but intelligent luchador is one must see.

Starting as a rip-off of lucha libre legend Blue Demon, (as he started using his name in English, Blue Diamond, and using very similar ring gear), Diamante Azul, previously known as Metro, is one of the most impressive gladiators in México. Diamante Azul is the powerhouse of CMLL, with a strong moveset consistent of submission holds and a great in ring imagination. You can picture how awesome is to see this 214 lb monster flying over the top rope and rapidly submitting his rival holding a backbreaker submission. He just made his biggest achievement in march, defeating Pierroth in a Mask vs Mask match at Homenaje a Dos Leyendas. Some may say it wasn’t a real feud since it started some weeks previous to the event, but both luchadores developed a decent series of matches which helped set the rivalry finishing on a very good encounter showing Diamante as a great storyteller in the ring.

Tomorrow, the second part of this selection!